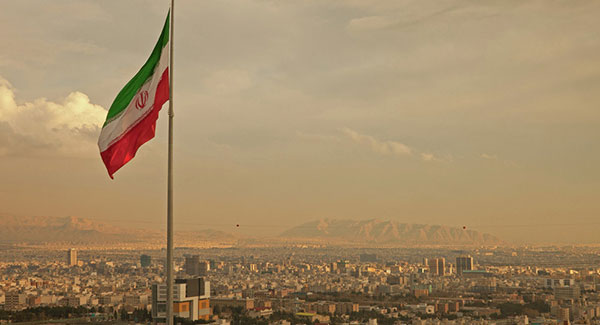 Iraq’s population will exceed Iran’s in the coming years, so exporters are facing a great opportunity.

Ali Aqa-Mohammadi, the head of Iran-Iraq Friendship Association, made the statement in a meeting on the Iraqi market prospects held at Iran Chamber of Commerce, Industries, Mines and Agriculture’s Tehran headquarters, IRNA reported.

According to Aqa-Mohammadi, information technology, cellphones, microelectronics and consumer products are important areas to consider while preparing the infrastructure for boosting trade with this country.

Aqa-Mohammadi noted that in order to be successful in the Iraqi market, Iran should look for trade partners and not consumers in Iraq.

Iraq is one of Iran’s biggest markets in the region. Following the formation of a new Iraqi government in 2005, the two neighboring countries’ political and economic relations entered a new phase and expanded.

An increase in the number of Iranian pilgrims going to holy shrines in Iraq, expansion of tourism between the two nations, rise in the number of common borders and the Iraqi government’s boycott of Turkish and Saudi products due to their support for the self-styled Islamic State terrorist group have led to the growing predisposition toward Iranian products on the part of Iraqi officials and traders.

China, Turkey and Iran have been Iraq’s biggest suppliers during the past years in a descending order. Turkey, as Iran’s main trade rival, had a 24% share in the Iraqi market in 2014, as reported by the Islamic Republic of Iran Customs Administration.

Before the rise of IS, Turkey’s exports to Iraq exceeded $18 billion per year but following Iraq’s shutdown of border crossings from the west (Jordan and Syria borders) and from north (Turkish border) and its boycott of Turkish and Saudi products, exports have dropped to $8 billion, according to the Turkish Customs Administration.

Now, the rivalry between Iran and Turkey for having a greater share in the Iraqi market is stronger than ever.

Iranian experts believe considering the great potential of the Iraqi market, Iran should plan to seize the opportunity to boost trade with the neighbor.

Hosseini noted that since there are currently no ministers serving in the Iraqi ministries of defense, interior, trade and industry due to political disagreements, Iranian businessmen would better focus on southern areas where there is more safety.

Iran and Iraq signed a memorandum of understanding early this year (March 2017-18) to expand relations between the central banks of the two countries.

Iran’s import from the neighboring country currently remains minimal while exports are significant. Iran shipped around $6.1 billion worth of commodities in the last Iranian year (March 2016-17) to its Arab neighbor.

Mineral fuels and refinery products are Iran’s second biggest exports to Iraq after construction materials, as 48% ($294 million) of Iraq’s total imports of these products ($616 million) belonged to Iran.

According to Mojtaba Khosrotaj, deputy minister of industries, mining and trade, Iran’s trade with Iraq witnessed a 5% year-on-year increase in value during the nine months to December 21, 2016.

Khosrotaj, who is also chairman of Iran’s Trade Promotion Organization, said taking into account Iran’s exports of technical and engineering services to Iraq, Iran’s trade with the neighboring country exceeds $8 billion per annum.

Today, Iranian commodities have earned a prominent place in the Iraqi market. To maintain the Iraqi trust in Iranian products, local producers and businessmen should make efforts to improve quality and services, while offering their products at competitive prices.